Fearless in Tibet: The Life of the Mystic Tertön Sogyal 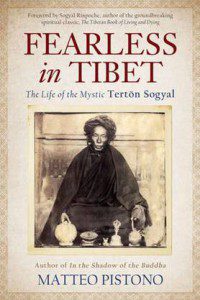 Matteo Pistono studied Anthropology at the University of Wyoming, and in 1997 obtained an MA in Indian Philosophy from the School of Oriental and African Studies at the University of London. After working with the Smithsonian Institution in Washington D.C. on Tibetan cultural programs, he lived and traveled throughout the Himalayas for a decade. Pistono’s images and writings on Tibet have appeared in numerous venues, including The Washington Post. His previous books include In the Shadow of the Buddha (Dutton, 2011).

This lecture is free and open to the public. This is one of many lectures and events in 2014-15 celebrating the UCSB Religious Studies Department’s 50th Anniversary.