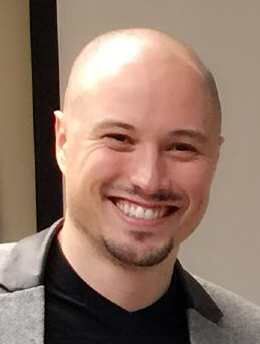 Jed Forman received his undergrad in philosophy from Tufts University with a special certificate for additional studies in Ethics, Law, and Society. There he was awarded a grant to work with the R.F. Kennedy Memorial Foundation to develop ethical investment guidelines for the Norweigan Petroleum Fund. He also received the Dance Studies Award given to one graduating senior from the dance department. After college, he had a successful seven-year career as a computer programmer and street dancer, performing and teaching in New York, LA, and internationally. Jed received his M.S. with distinction in Kinesiology and Dance from California State University Northridge. He thereafter returned to his interest in Buddhist philosophy, learning Tibetan and Sanskrit. Beginning his religious studies doctoral program at University of California Santa Barbara, Jed was twice awarded the Professor R. Ninian Smart Memorial Award: Excellence in Philosophy of Religion by the department. After living in India for some fifteen months on both Fulbright and American Institute for Indian Studies grants for his reaseach, Jed was able to hone his fluency in spoken Tibetan and Hindi. He has several publications, including articles in Philosophy East and West, Critical Research on Religion, and Revue d’Etudes Tibétaines. He is a co-author of a monograph with the Yakherds concerning the epistemology of Taktsang Lotsāwa to be published by Oxford. He currently works also as a translator for 84000: Translating the Words of the Buddha and continues his research on Buddhist epistemology, the cognitive science approach to religion, and their intersections with Western phenomenology.