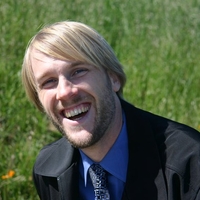 My research focuses on American religions and secularism, specializing in how minority religions and spiritual movements shape modern American culture. I employ humanistic and social scientific methodologies to investigate how religion is constructed through discourse, practices, and institutions. I have published work on the Universal Life Church and contemporary American weddings, organic foods in new religious movements, biodiversity and spiritual wellbeing, and religion in the American West.

Current projects include the Meaning of Religion Project, part of an intergenerational study of religion, spirituality, and values funded by the John Templeton Foundation; the Secular Communities Survey, the largest-ever study of organized nonbelievers in the U.S.; a co-edited volume (with Melissa Borja) on Asian American Religions, Religious Freedom, and the State; and a monograph on the Universal Life Church. I am also developing articles about the Orientalist origins of the brainwashing concept and its application against Asian American new religions, the Esalen Institute’s spiritualization of geopolitics, and the federal taxation of religious groups.

I have conducted podcast interviews and written articles for the Religious Studies Project, published book reviews and encyclopedia entries, and contributed articles for academic blogs. These can be found here.

I am co-chair of the AAR’s Sociology of Religion Unit and I serve on the steering committee of AAR’s Asian North American Religion, Culture, & Society Unit.