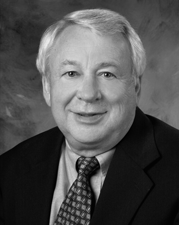 For a sociologist of religion, California is an excellent setting in which to work. Here we have religious diversity on a scale unlike anywhere else in the world plus cutting-edge religious and spiritual trends. The new religious pluralism poses challenges for civic participation and unity – and thus invites the study of new, emerging styles of civil religion infused with global symbolism. Southern California offers opportunities as well to re-examine American religion without presupposing a strong ecclesiastical establishment – and thus raises questions about the meaning of the “religious” in its popular and institutional expressions.